In Search of Independents 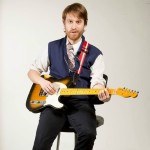 The second type of artists, the ones concerned with creating great art

In Search of Independents

Setting aside the concept of genres, there are basically two types of Christian artists whether they work in film, music, literature or other forms of media. The first type considers themselves to be ministers first and foremost and the area of media is strictly a way to preach the gospel. The art form itself becomes secondary to the message. Such artists would include songwriters such as Chris Tomlin, actors such as Kirk Cameron and literary writers like Janette Okie. In their world everything works out fine in the end and everyone gets saved for lack of a better term. The second type are artists who because God has gifted them with talent desire to use that talent to glorify the Master Artist through the creation of great art. I have been a radio disc jockey for over 50 years now and have chosen, because I am serious about my Christian faith, to highlight artists who hold to a similar worldview for the past 40 years. Over those 40 years I have seen the Christian music industry go from putting out music that was creative and thought provoking by artists such as Mark Heard, Daniel Amos & Iona to a industry that puts out nothing but shallow church choruses to be used on Sunday morning services.Christian radio stations play music that at worst is extremely poor theologically and at best just really boring. The modern worship music is just repeating, musically at least, what the band U2 was doing 40 years ago. Where is the creativity???

The second type of artists, the ones concerned with creating great art on the other hand are doing just that and doing it rather well. Let me take a little time to introduce you to some of those that I consider the best. First there is Andrew Rose Gregory and the Color Red Band, headquartered out of Brooklyn, NY the band has a number of excellent albums released including one based around the "Song Of Songs" from the Bible.. Let me say before I go on any further that I have basically a year and a half until I hit 70. At this age I have little time or inclination to listen to music my old friend Mike Roe would graciously call second rate material, honestly I would just call it crap. Sure there are a lot of good albums being released but good just doesn't cut it any more. I want something that is going to make me stand up and take notice, something that is going to make me go back again and again for repeated listens. One such artist is a young female singer from the Boston area named Courtney Reid who I am proud to say is not only an artist who I keep going back to but also one who has become a friend. I first became aware of Courtney when she appeared as part of the band called Maeve at a one time NYC hot spot called All Angels Cafe. She has a number of solo projects out and is currently working not only as a solo artist but also as part of a group going under the name Lights For Landing. Keep a eye out for them, you'll be glad you did. Big Kettle Drum is a band hailing out of Florida and has just released a brand new album called "Thought You'd Be Bigger". The album is produced by Carla Olson and uses Bob Dylan's band as back up group. It is just flat out rock n roll at its very best. Amy Lynn Vachal is a singer songwriter from NYC who made a splash about 2 years ago on the television show "The Voice". I think that they named the show after her because this kid is one of the best singers around. Earlier this year she put out a new album entitled "Strawberry Moon". It contains all original material and is a great showpiece for her talent. Pierce Pettis is an artists that I became aware of over 25 years ago, now I find that I am playing music on the radio by his three children. His two sons Rayvon & George and hits daughter Grace all have albums out which are well worth hunting down. Grace is also part of a female trio called Nobody's Girl who have just recently released their debut album. For my money the two best bands creating music these days are Celestial Fire, a progressive Celtic group led by Dave Bainbridge formerly of the band Iona. For better or worse after 40 years of listening to Christian music and attending concerts by such bands I have given up the idea of seeing these shows to be blessed or edified. I go to see artists and friends utilize the gifts that God has given them. That being said, the music of Dave Bainbridge is where I go to be touched by the Spirit Of God. The other band that I would hold in the highest regard is a group from Chattanooga, Tn. called Glass Hammer headed by bassist Steve Babb and keyboard player Fred Schendel. I consider them the best band making music today, they always make me want to strive to do better radio and refuse to settle for second best. Always search for the best art that you can find, it is well worth the search.