The Salt of the Earth (Blu-ray)

Who better to direct a film about the life and work of a photographer, than Wim Wenders, an arthouse filmmaker who has recently preferred to take photographs?

Wenders was originally struck by the work of Sebastiäo Salgado, when he came across a Bosch-like image of gold miners and a haunting, but dignified portrait of a blind Tuareg woman, which he still has above his desk, and which often brings him to tears.

Early in this documentary (co-/directed with Salgado’s son), Wenders comments, “Little did I know that I was going to discover much more than just a photographer.”

This is an understatement. This film gives the impression that Salgado has seen and captured all of human history in monochrome: industry, family, violence, love, devastation, rebuilding and huge, sweeping vistas of nature.

The gentle commentary, often to the impeccably-lit close up of his head, is a considered reflection on this emotional barrage of humanity’s glory and shame.

Such is the power of some of his images, that they are indescribable in words. Salgado is a master of texture and the nuances of shade, so you only occasionally feel that colour would enhance the pictures.

You could argue that the richness of these images needs to be viewed in a cinema, but I feel that – size of screen apart – the DVD/Blu-ray is a better option, partly because it can be slowly savoured in chapters, where the emotional impact is more manageable. I also found it more fulfilling on second viewing, when I knew what to expect and could take the story in better.

The other advantage is the huge amount of extra material. As well as the obligatory trailer and “Papu’s Song” – an instrumental music video full of movie images and clips – you get 35 minutes of worthwhile deleted scenes.

Almost a film-with-a-film, these live out Salgado’s literal meaning of photography, “writing and re-writing the world with light and shade.”

The shade is especially stark in the section from Cambodia 1990, where he was struck by the effect of landmines on so many ordinary citizens and the grotesque savagery that some people can inflict.

The light shines through his passion for planting forests, where he speaks paternally about raising saplings. It is particularly heart-warming to hear his enthusiasm, given that he is 71 and it will take a further 40-50 years before the forest matures.

The extras – punctuated with further phenomenal images – also include family clips, footage from Papua New Guinea, thoughts on monochrome imagery and a lot of reflection on his own background in Vitoria. 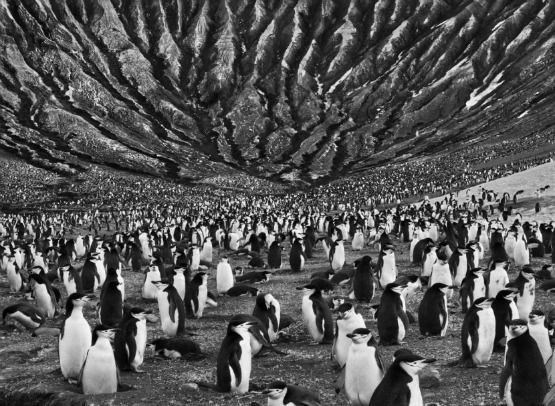 The main feature and extras all show that, as Wenders comments, “He really cares about people; after all, people are the salt of the Earth.”