Witness for the Prosecution (DVD)

That was my first impression of this two-part dramatisation of a 23-page Christie short story, originally part of the BBC’s Christmas 2016 menu. Where were dozen possible suspects, to be whittled down to the unlikely murderer? Where were the sitting room inquests and guests told not to leave?

As someone raised on TV dramas of Miss Marple and Hercule Poirot, this felt so much more like a feature film, with atmospheric settings (you can almost feel the damp and smog), slowly revealed back stories and highly stylised moments, such as the travel through time when the murder is investigated, the police photographer’s camera going off like lightning flashes.

The story does have all the Christie elements, but pared back to suit a simpler case. Ex-soldier Leonard Vole (Billy Howle) is accused of the murder of wealthy society heiress Emily French (Kim Cattrall) who has been paying him for some excitement in her life.

It seems a clear-cut case – he was seen leaving the scene of the murder and he was sole beneficiary of her will. But impoverished solicitor John Mayhew (a tremendously sympathetic Toby Jones), who has a back story of his own, is determined to prove his innocence – a job made much harder when the sole defence witness (a cold and enigmatic Andrea Riseborough) turns to become the main witness for the prosecution.

As we search the possible motives of the various characters, the Christie factor shows itself, with much credit to Sarah Phelps’ taut script, where every line seems carefully weighed and judged. Director Julian Jarrold, too, has our feelings exactly where he wants them at any given time.

A DVD of this dark and deep mini-series has obvious re-watch value to see how the truth was disguised first time around, and several background featurettes, the main one covering the adaptation to screen from the book, but lesser ones reproducing 1920s fashion, the war landscape and a dead body.

This is also available twinned with the previous year’s acclaimed production “And Then There Were None” as “Two by Christie.” 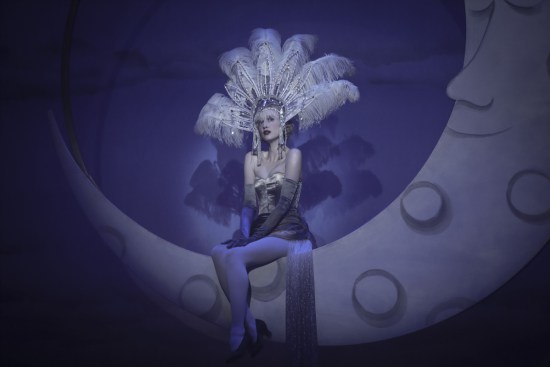